Hotels in Spain expect summer 2011 to be successful 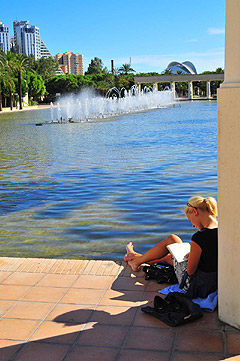 In summer 2011 fall in prices for hotel services in Europe became widespread. One of the undoubted leaders in lowering prices is Spain. Hotels in Spain make efforts to compete with Morocco and Tunisia and offer unprecedented discounts in order to attract more tourists. Already now vacations in Spain are cheaper than in many Turkish hotels.

Analysts predict that Spain will experience the best season by occupancy of hotels since the pre-crisis 2007. At the same time, against the background of the actual growth of occupancy the level of profitability is unlikely to achieve the successful 2007-2008 level. Thus, according to the official Spanish statistics, since the last successful 2008 year for hotels in Spain prices for services in local hotels have fallen by 30%. In March 2011 was achieved historic low level of prices for the last 11 years.

But hoteliers in the Pyrenees expect that the current situation in the tourist market, mostly falling of demand for Egypt and other North African countries will cause the growth of inbound tourism and will compensate hotels losses from low prices. The Spaniards hope for 8% increase of tourist flow and predict that 55 million tourists will visit the country.

Spain intends to become a major tourist destination for the Russians in summer 2011. So, for the past three years tourist flow from Russia to Spanish resorts has tripled. These figures were sound by the Secretary General on tourism and domestic trade of the kingdom Joan Mesquida at a press conference in Moscow.

Resorts, which will be main Spanish destinations, are the Canary Islands and the Balearic Islands - Tenerife, Mallorca and Ibiza, as well as famous resorts Costa del Sol, Costa Dorada and Costa Blanca.